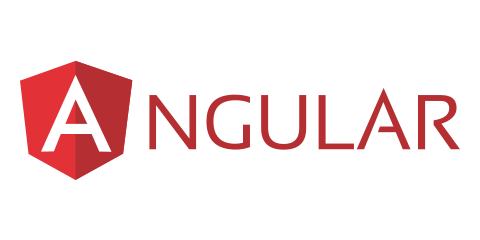 by Justin Estrada published on September 29, 2017

In this blog post you’ll learn about core concepts you need to know to be an Angular Developer.

Why you should learn Angular?

The parts and pieces of an Angular Application.

The angular development experience is much different that any other front-end framework. By taking advantage of modern ECMA Script syntax and Typescript. Typescript helps developers avoid mistakes by helping with code completion, and displaying warnings before developers open their applications.

Services can be internal or part of 3rd party modules. Services are a way to perform actions that occur behind the scenes.

Angular have three different options for building applications; Typescript, Javascript and Dart. Typescript is the preferred language by the Angular team. Angular depends on Node.js and NPM for module loading and package management.

A great module loader that works with Angular is Webpack. Webpack has a lot of extensibility through plugins and loaders.

Get started learning about WebPack on Team Treehouse.

The Importance of Static Typing in Angular

You can write an Angular application in either JavaScript or TypeScript. TypeScript provides a lot of extra features not found in JavaScript.

You can see a live demonstration of the differences between JavaScript and TypeScript here:

In this blog post you’ll learn about core concepts you need to know to be an Angular Developer.

The Anatomy of a Component

Components are the backbone of building an angular application. A component is comprised of three things, a template, a class and a decorator. The template is the view or user interface for a component. The class is the code that brings your template to life. The decorator contains metadata that wires up the class to the template, completing the component.

Data-binding establishes connection between application UI and code. Ability to pass data between the component class and the template.

A barrel is a single file that re-exports all components and services for a feature, it doesn’t serve any other purpose than that.

For every Angular component you write, you may define not only an HTML template, but also the CSS styles that go with that template, specifying any selectors, rules, and media queries that you need.

Component styles have a few special selectors from the world of shadow DOM style scoping (described in the CSS Scoping Module Level 1 page on the W3C site). The following sections describe these selectors.

Use the :host pseudo-class selector to target styles in the element that hosts the component (as opposed to targeting elements inside the component’s template).

In this part of the blog post we’ll learn about and use the NgIf and NgFor directives.

There are three kinds of directives in Angular:

ngIf and ngFor are examples of Structural Directives. There are two approaches to writing an ngFor loop. When you prefix the ngFor directive with an asterisk you are declaring the current element as the base for the loop’s template.